Inaugurated in 2010, Galeria Cosmococa has a design signed by Arquitetos Associados. Inside it, a set of five environments developed by Hélio Oiticica and Neville D’Almeida.

Built over irregular ground, the building offers a double perspective, according to the architects: from the lowest point, it is like ‘a stone-built artifact,’ but when observed from above, ‘the green roof is a continuation of the landscape with slight orthogonal limits,’ thus blurring the limits between the building and the landscape. The inside space, in its turn, has no linearity or hierarchy between the exhibition rooms, leaving the spectator free to decide which work to visit. 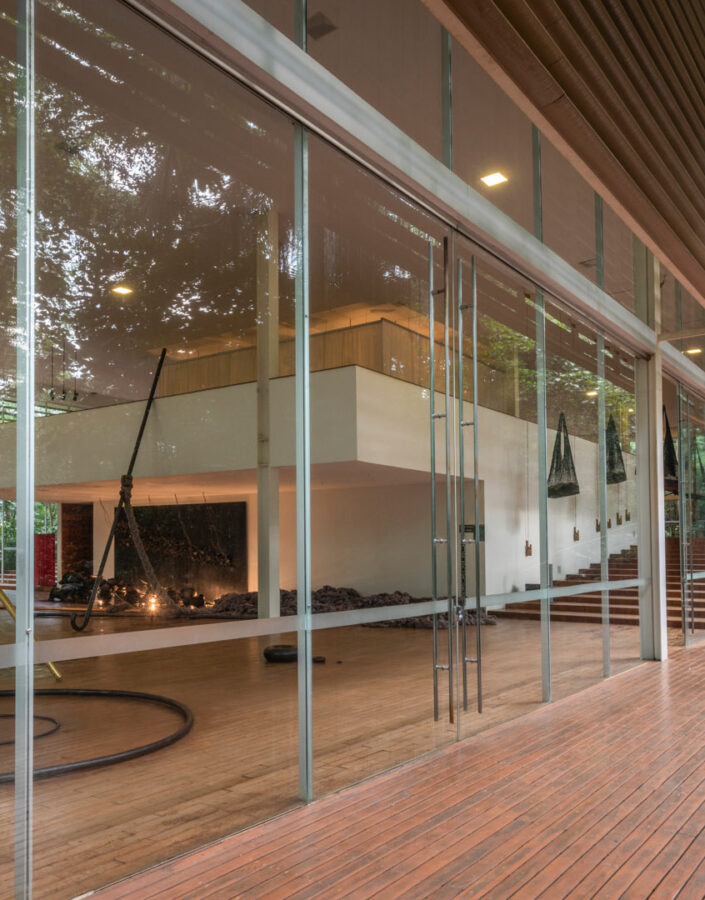 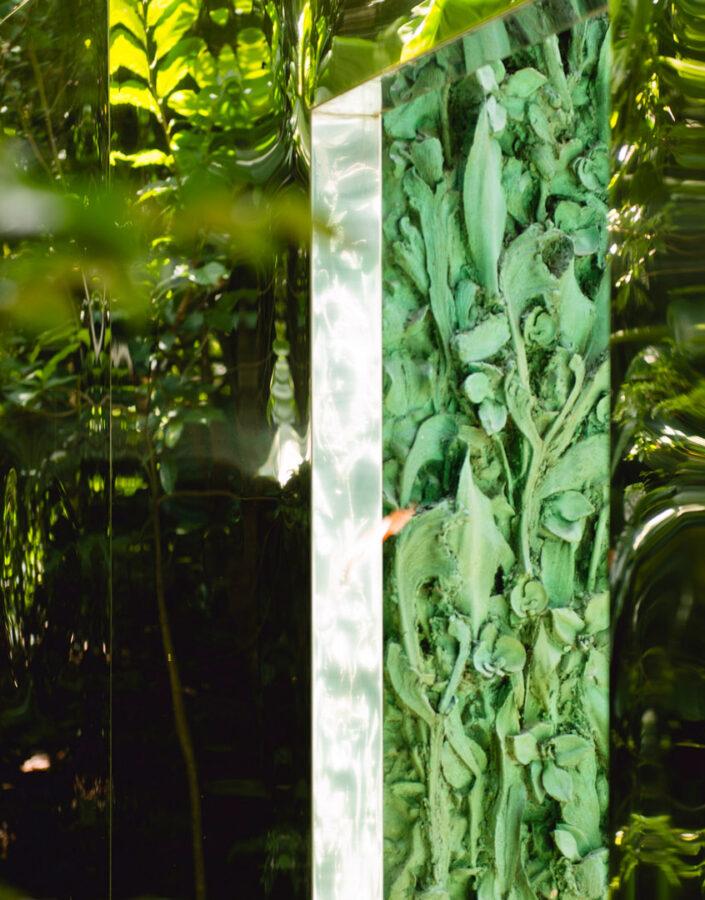 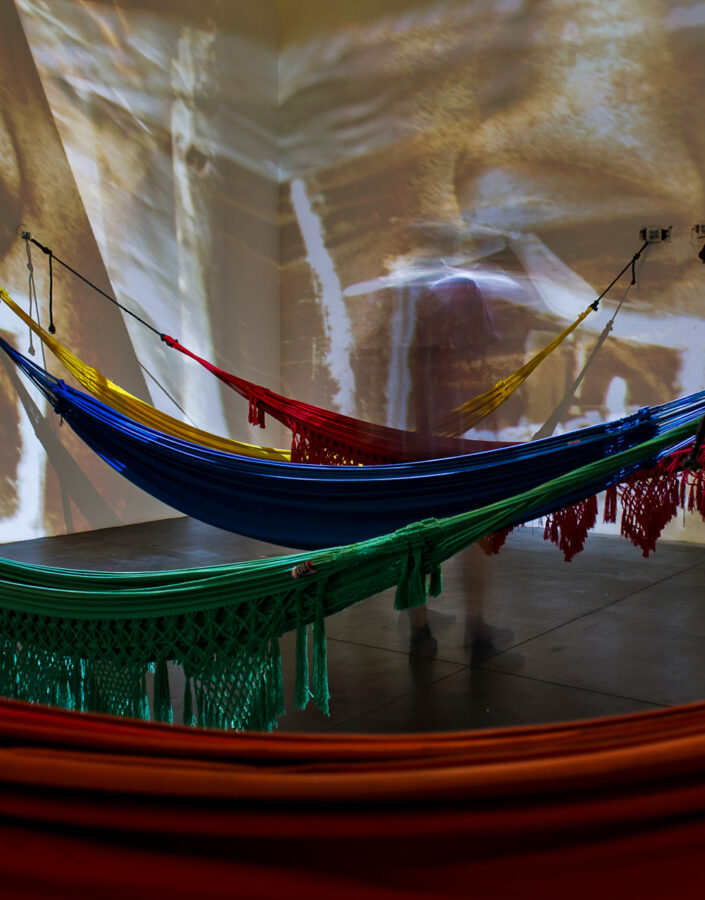 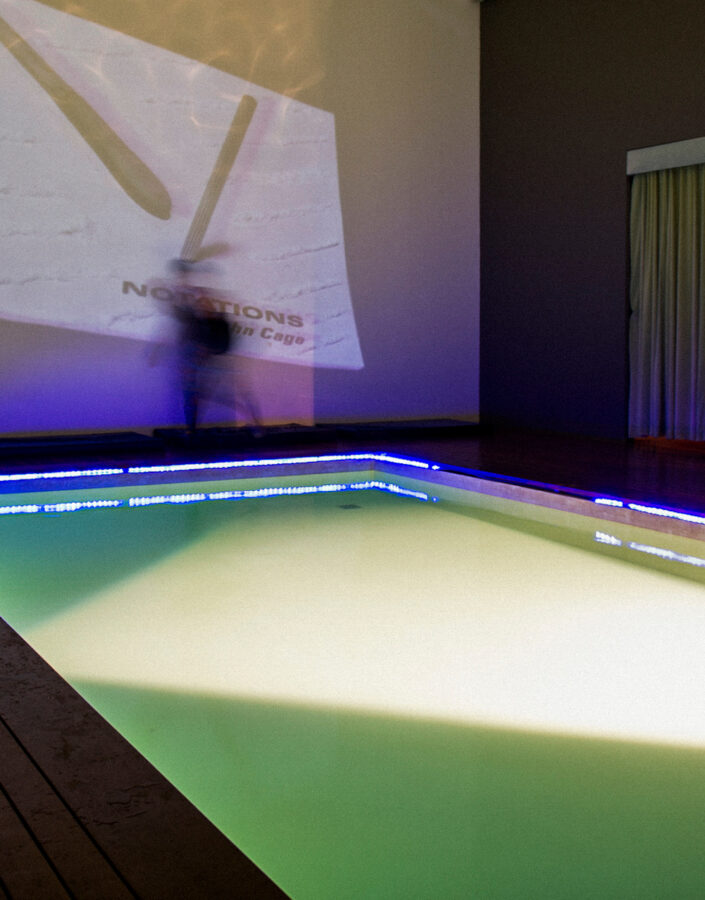 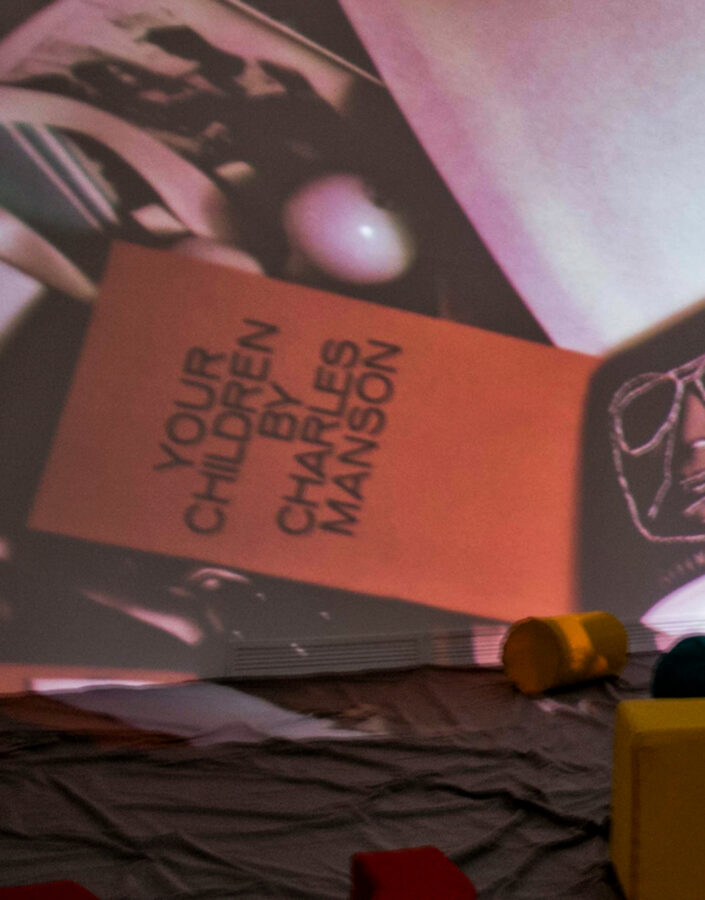 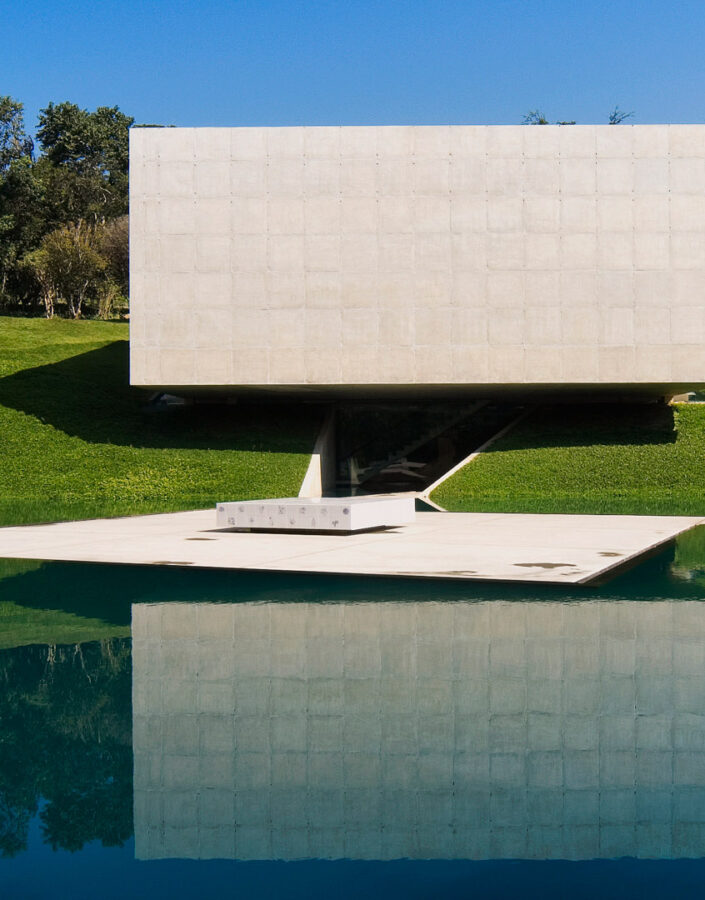 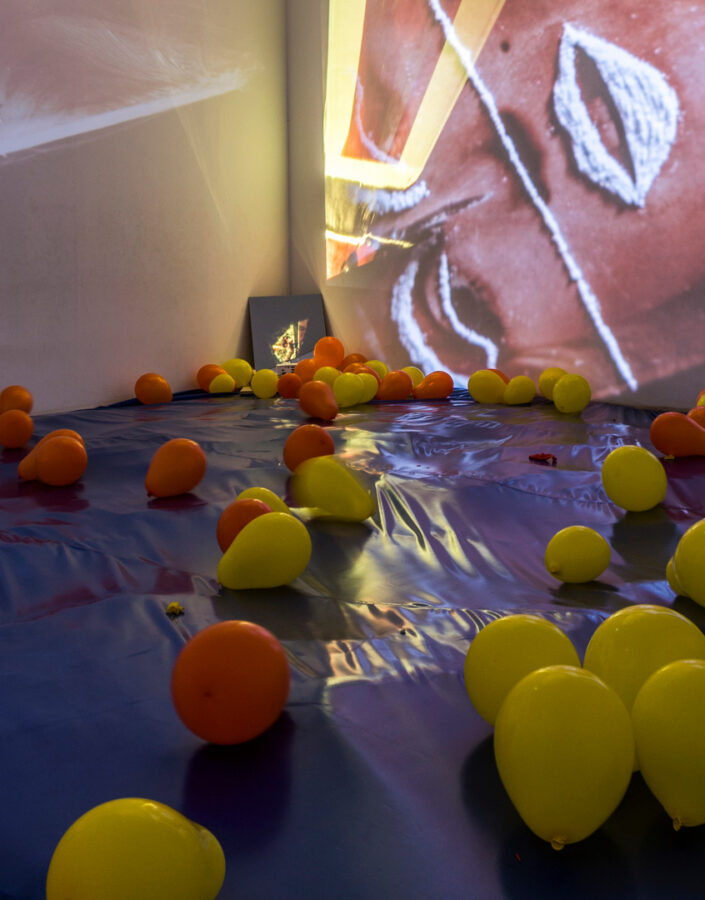 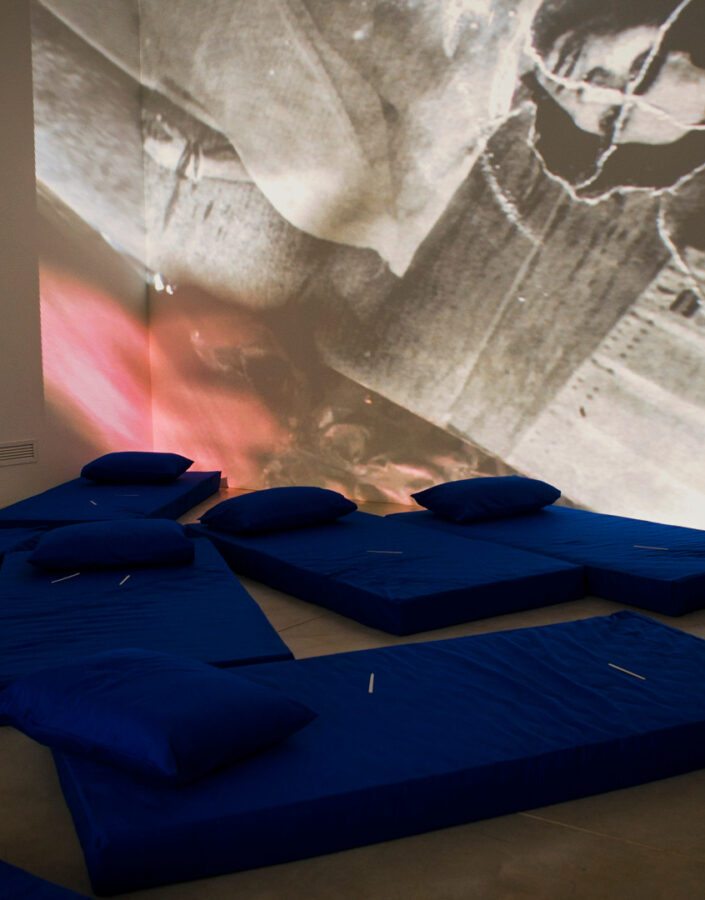 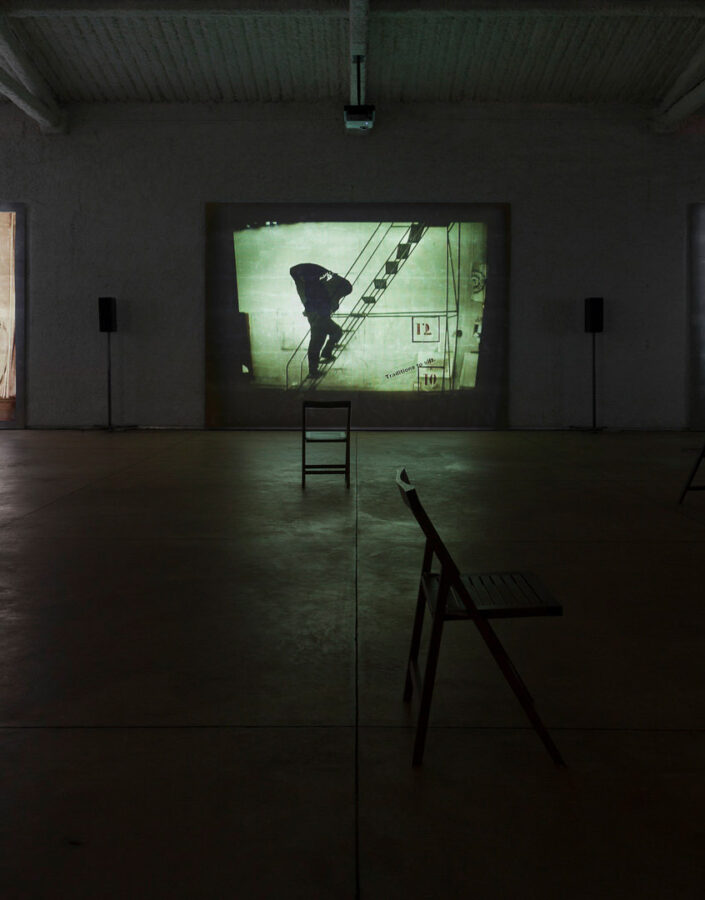