Beam Drop Inhotim (2008) is the re-creation of a work made in 1984 at the Art Park, a sculpture park in the state of New York, USA, destroyed three years later. For its version accomplished for Instituto Inhotim, 71 steel beams collected in junkyards close to Belo Horizonte were hoisted 45 meters high by a crane over twelve hours. From above, they were released in a performative act over a rectangular pool of fresh concrete that kept the pieces erect once dry.

The sculpture’s random pattern is composed by a combination of the control exerted by Chris Burden through his orientations, in addition to the violence and randomness effect provoked by the weight of the material when falling. 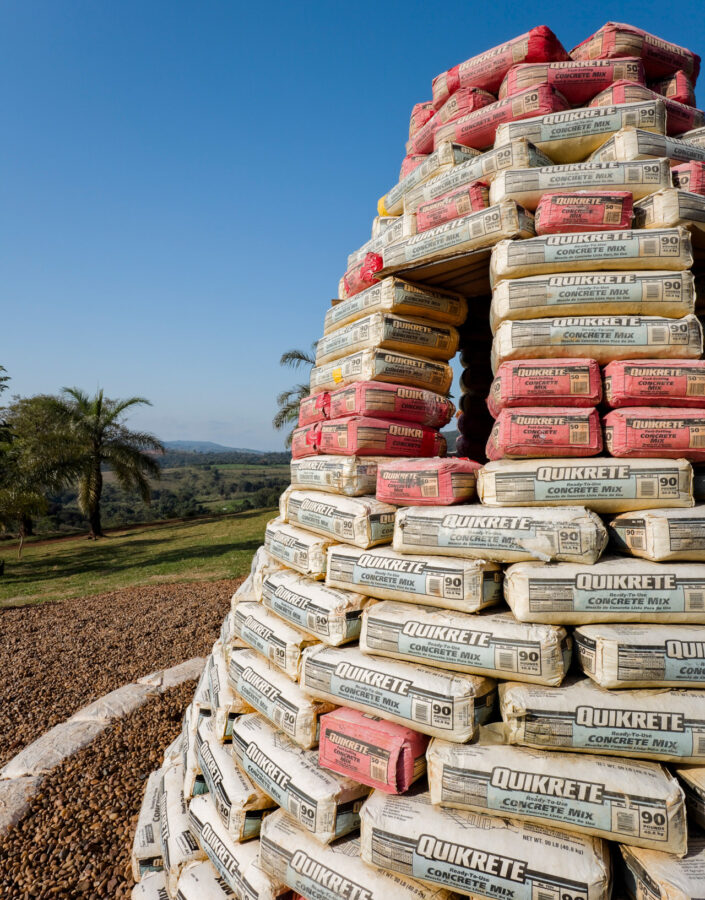 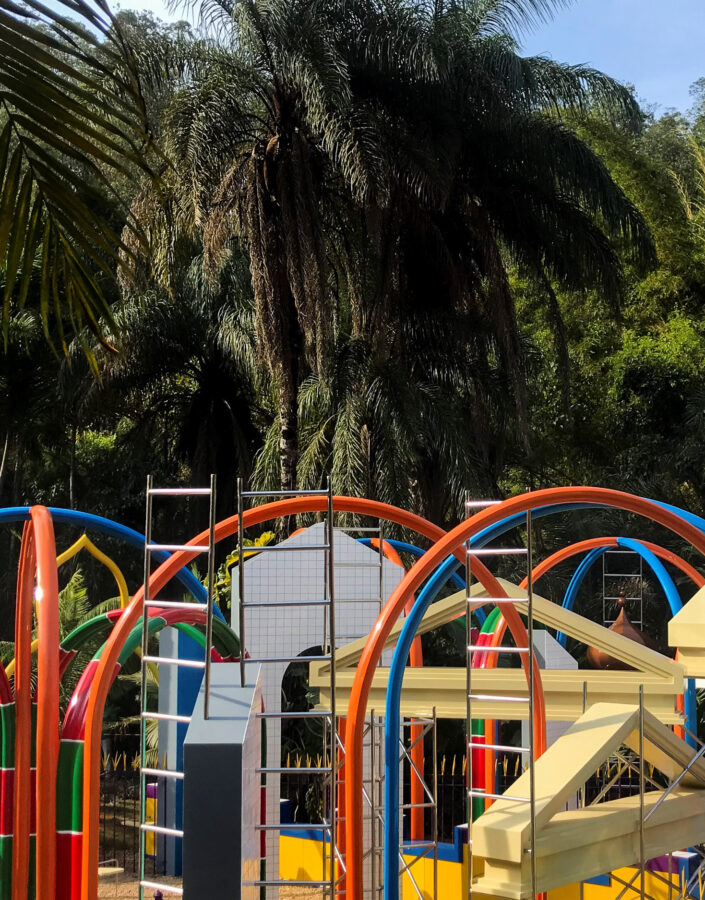 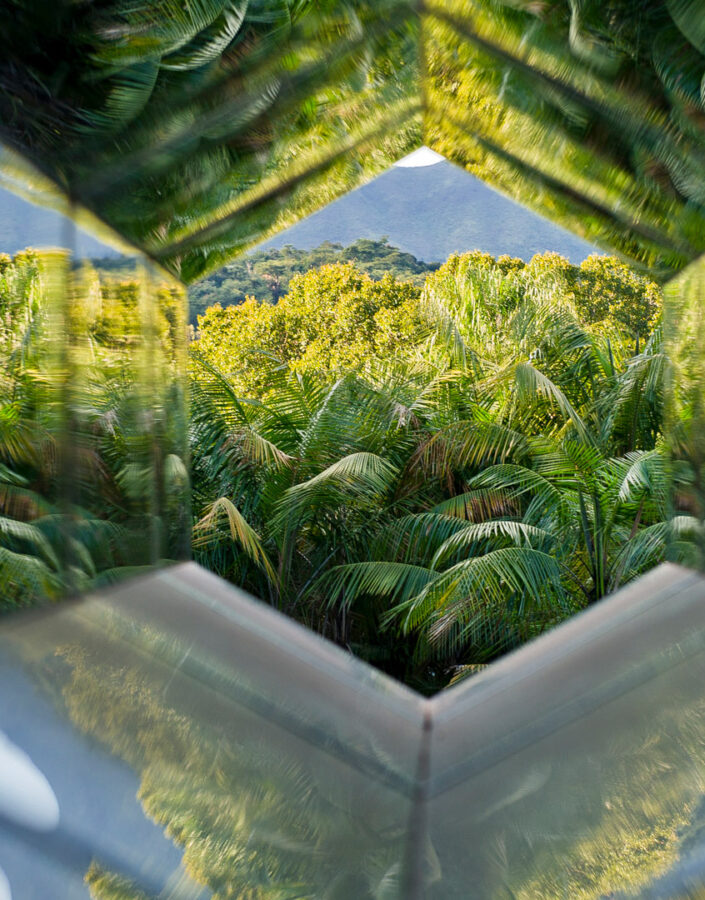 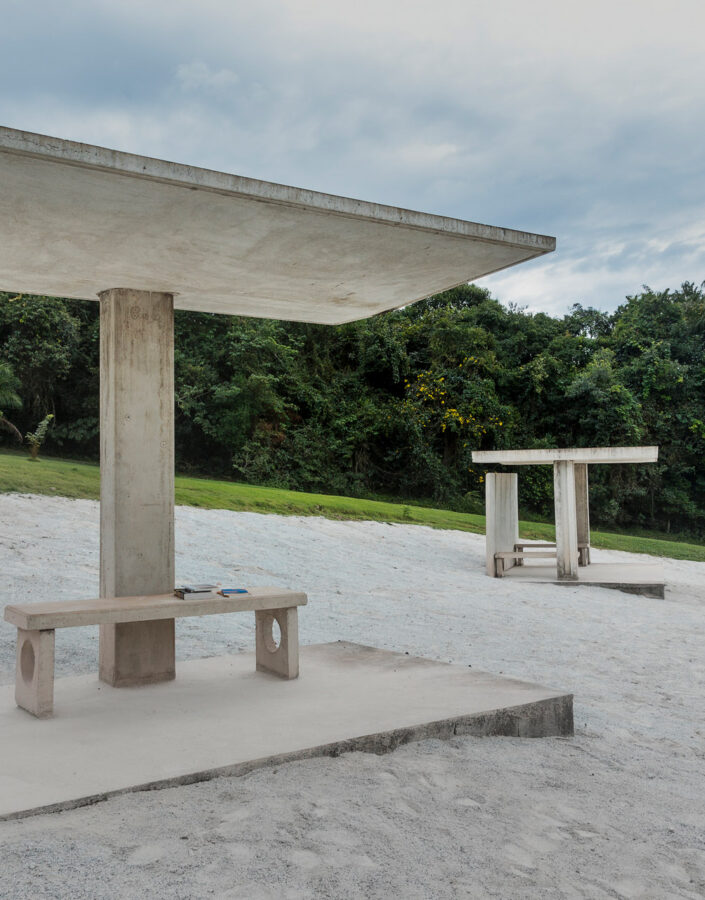 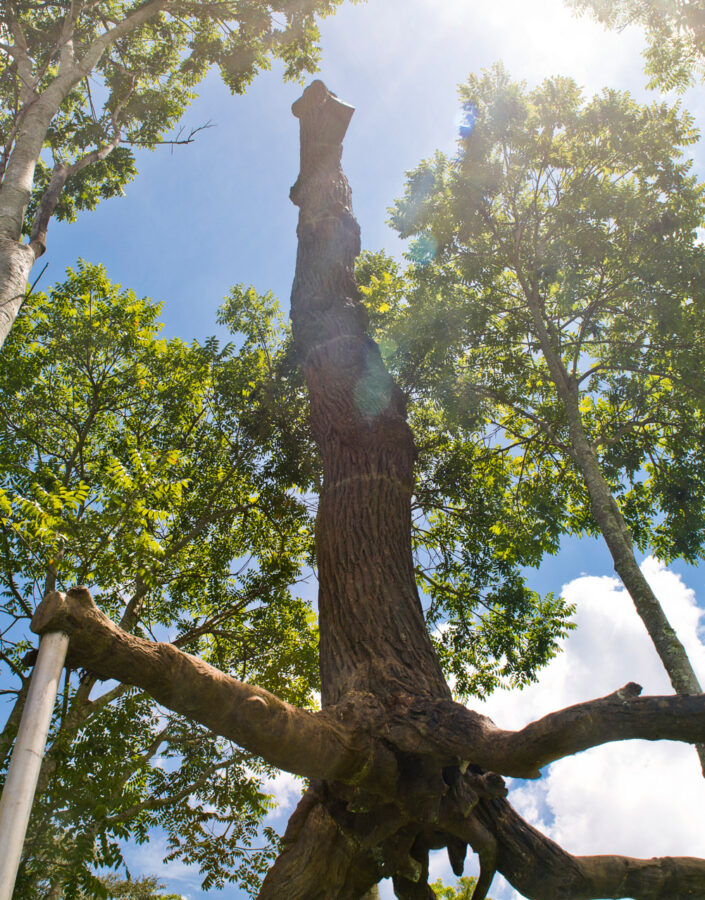 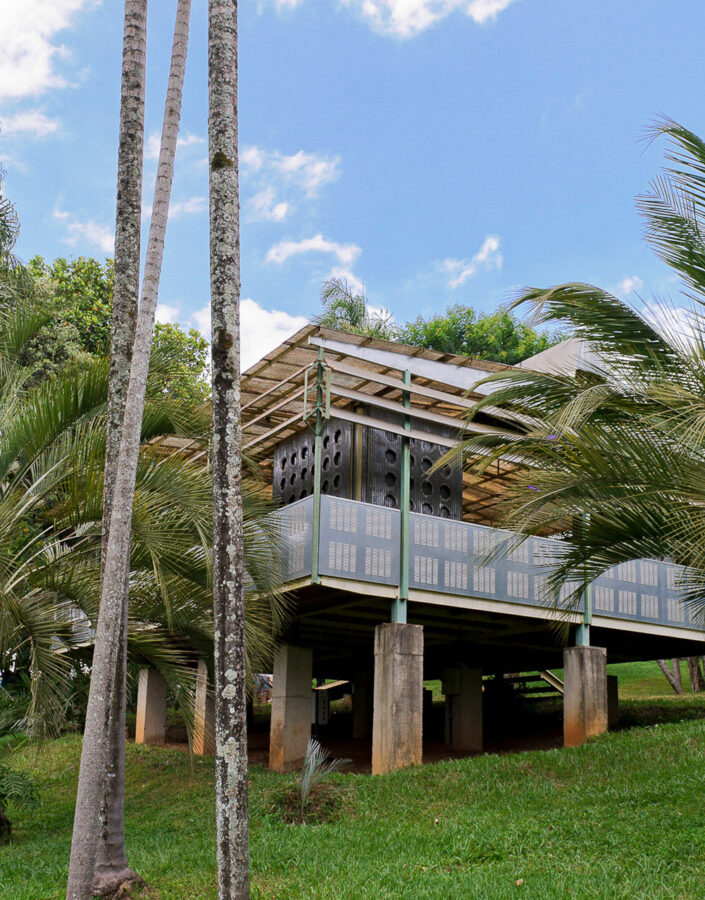 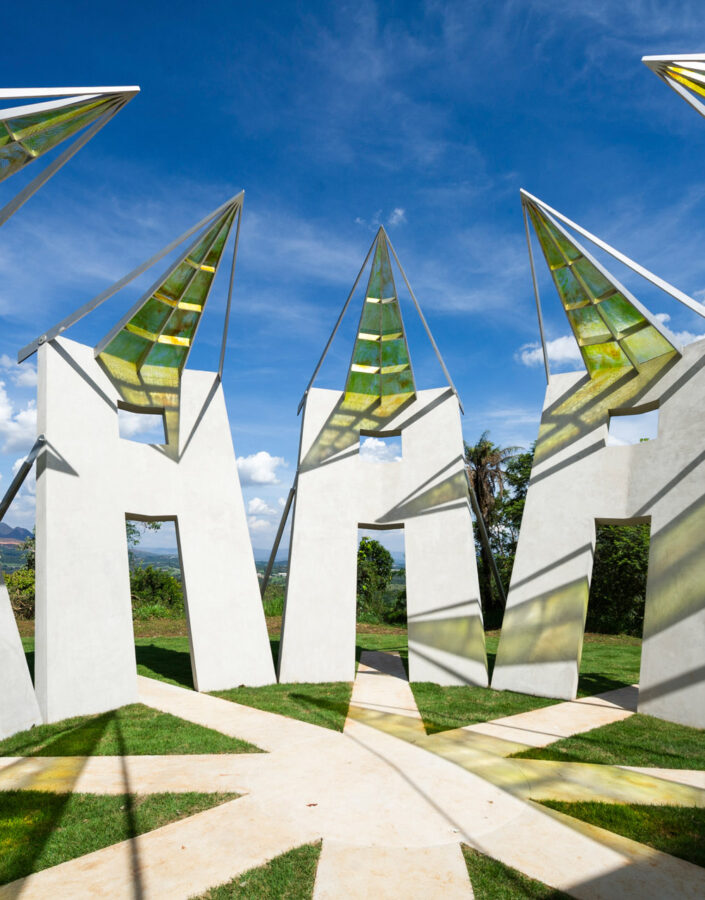 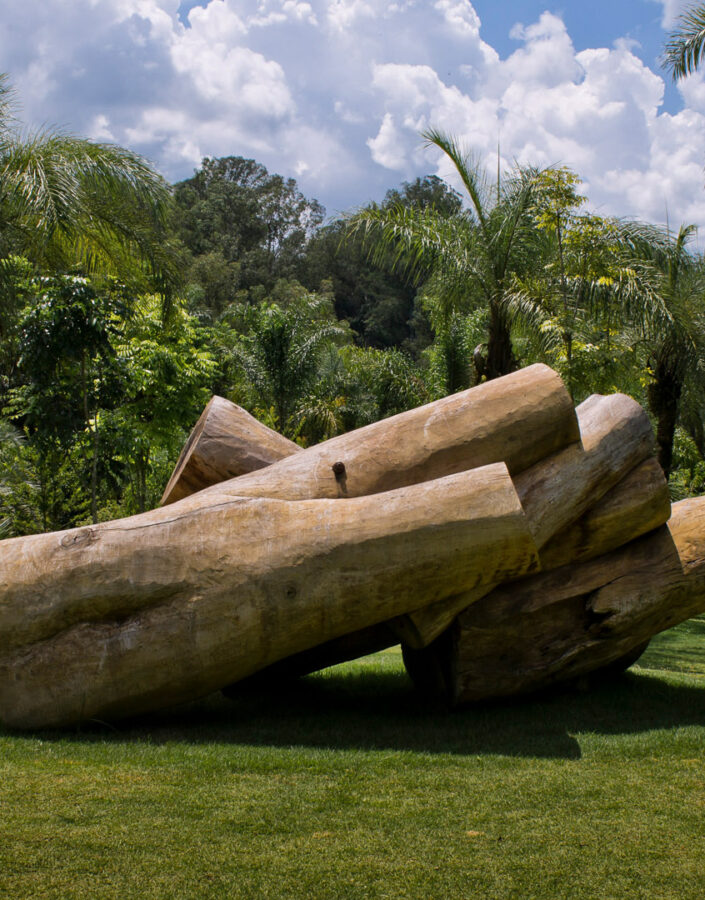