Galeria Claudia Andujar is divided into three conceptual axes: A Terra [The Land], O Homem [The Man], and O Conflito [The Conflict]. The terms make reference to the sections of the book Os Sertões (1902), by Euclides da Cunha – The Land, the Man, and the Struggle –, that narrates the events of the Canudos war (1896-1897) in the backlands of Bahia. Both the literary work and the works present in this space offer an interpretation of how men and women relate with the fight for their rights and the recognition of their territory.

The years Claudia Andujar spent with the Yanomami coincided with the intensification of contact with the napëpë (foreigners), and consequently with the arrival of epidemics, violence, and deforestation in the northern region of the Amazon. In this section are shown images revealing the shock between indigenous people and the workers of the BR-210 highway, known as Perimetral Norte, part of the Project of National Integration of the civil-military dictatorship (1964-1985), as well as the illegal mining in indigenous territories, started in the 1980s. Even with the recognition of the Yanomami and Y’kwana indigenous territories in 1992, the area is still threatened by illegal mining and extractivism.

One of the series of this section is Marcados, composed of a collection of black-and-white portraits of the Yanomami people. In the images, each portrayed individual has an identification number. These photos were an important tool employed by the Commission for the Creation of the Yanomami Park, in order to map and orient the immunization process. Years later, making a reinterpretation of such records, Andujar ponders about her personal history: the moment when her family was chased by the Nazi and had their identification numbers tattooed (a technique to identify victims). The images then leave the objective realm of record to enter a sensitive and questioning space. 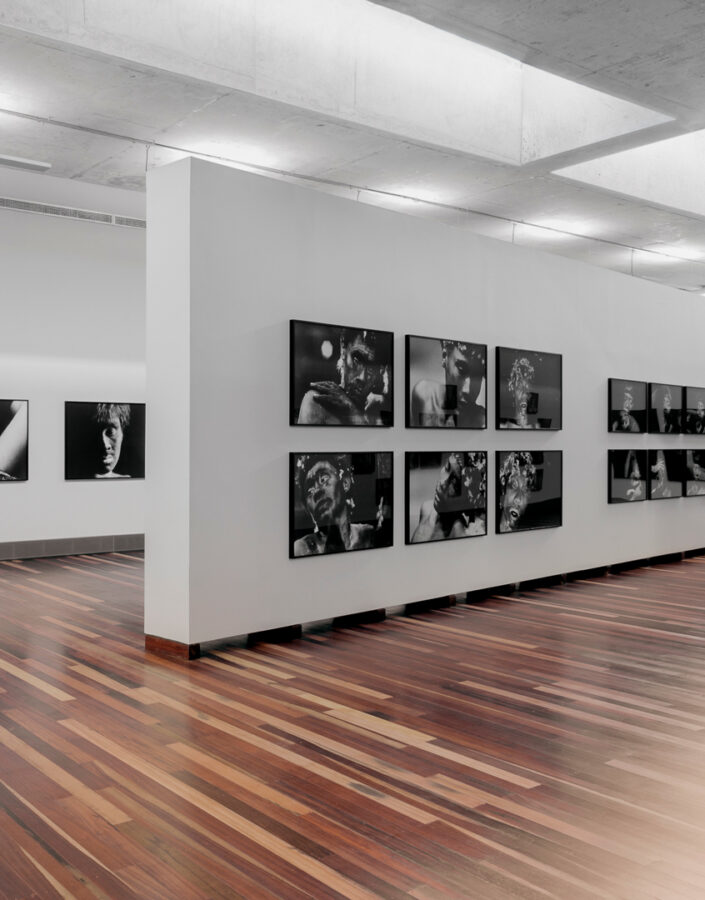 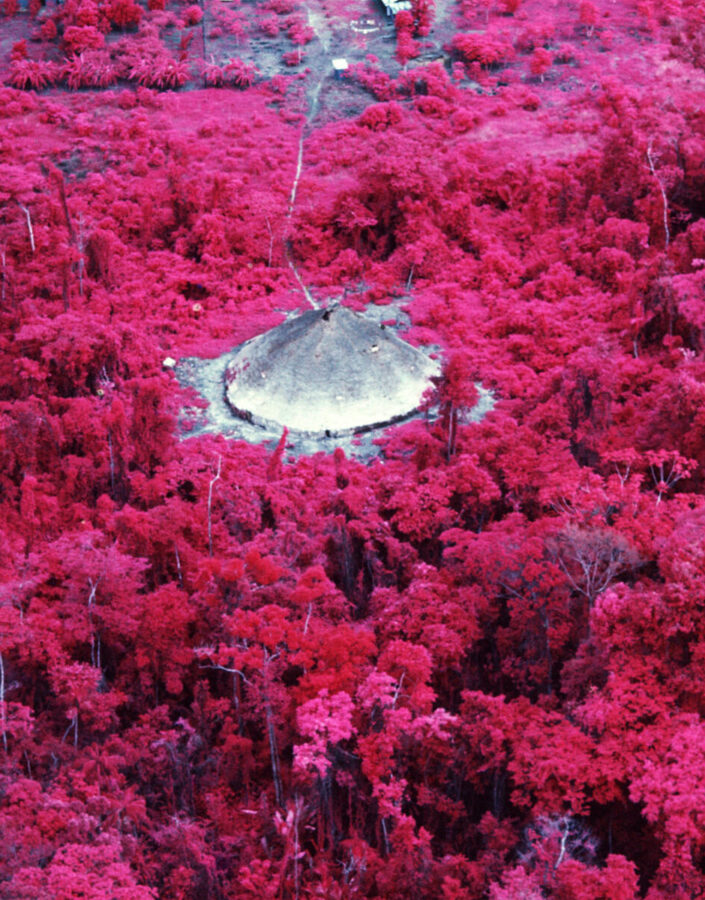 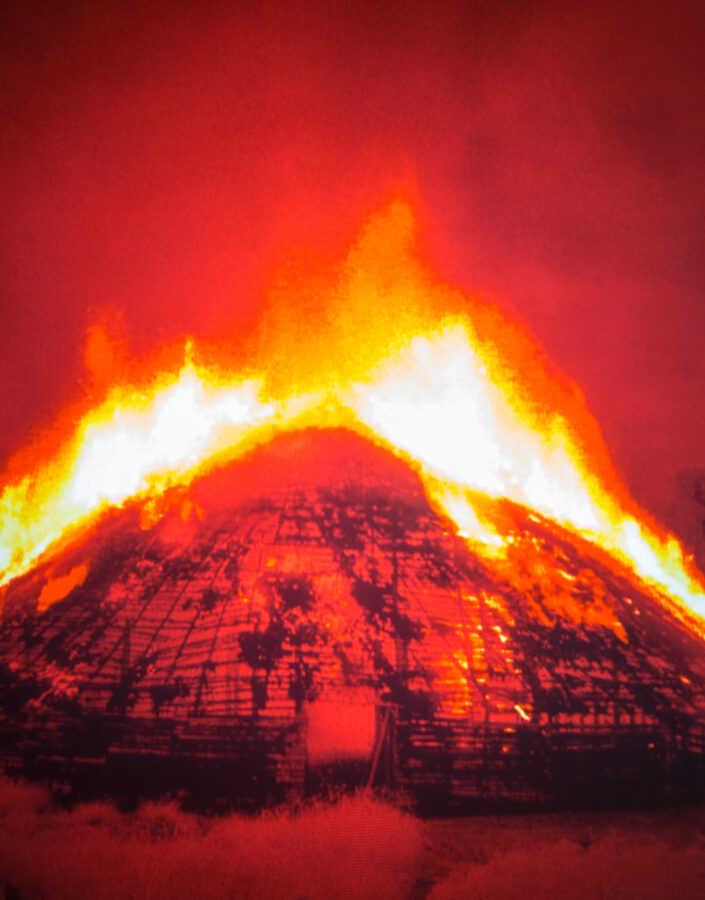 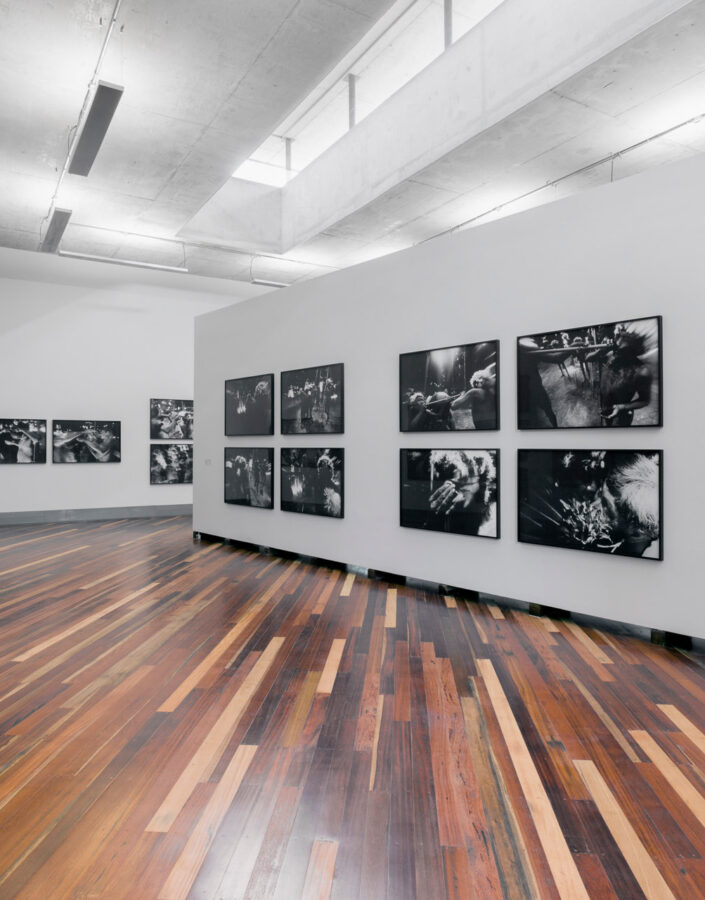 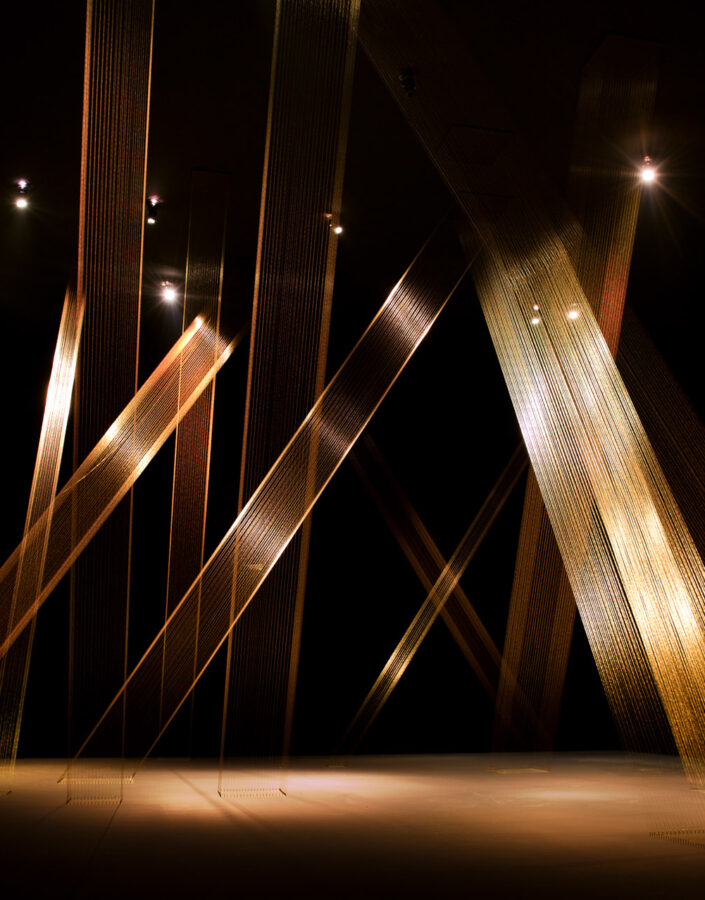 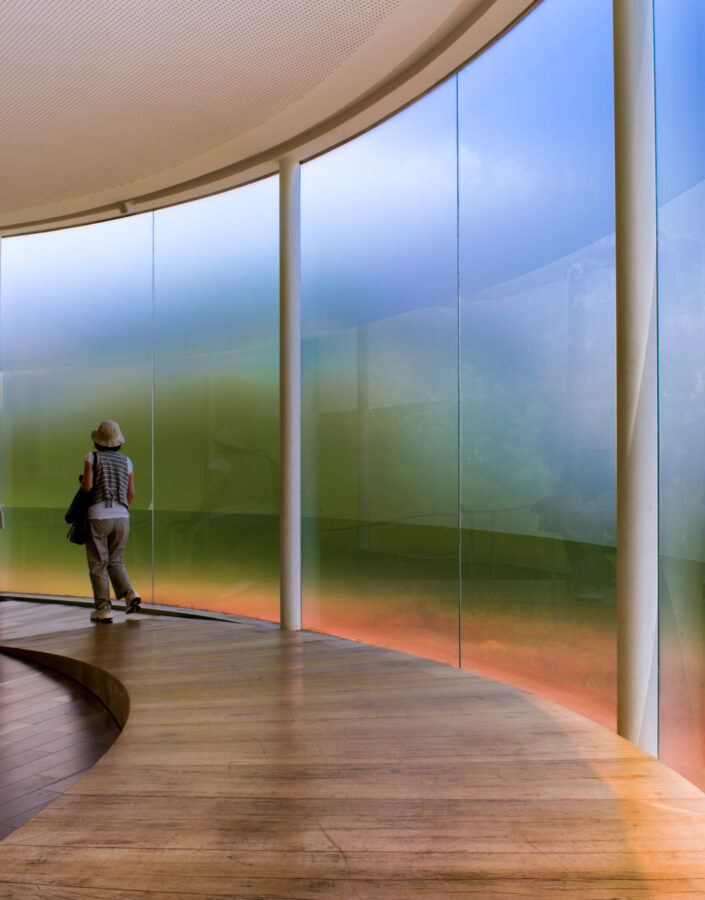 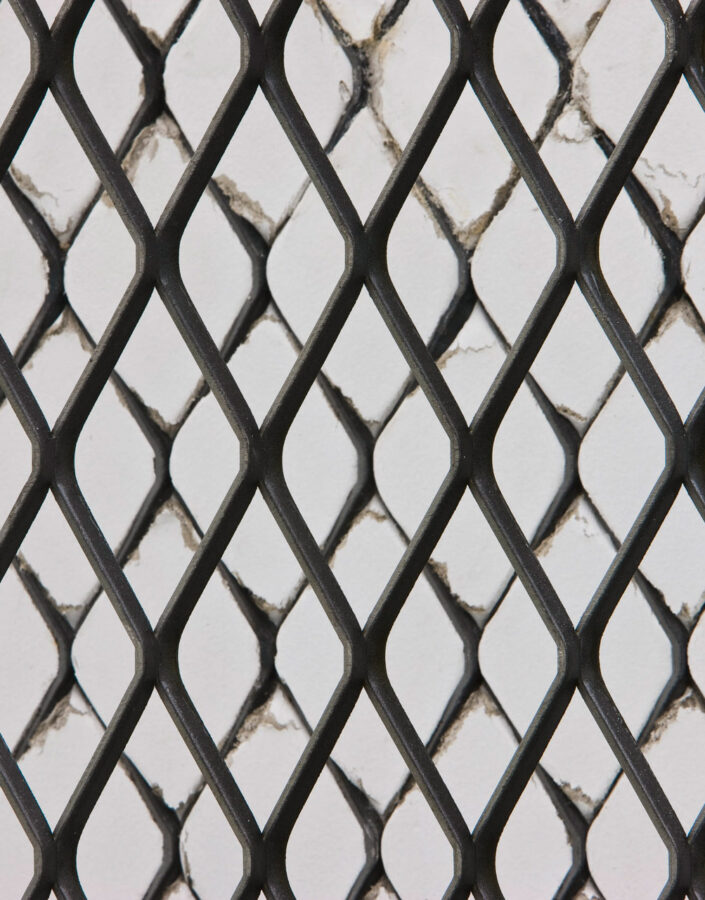 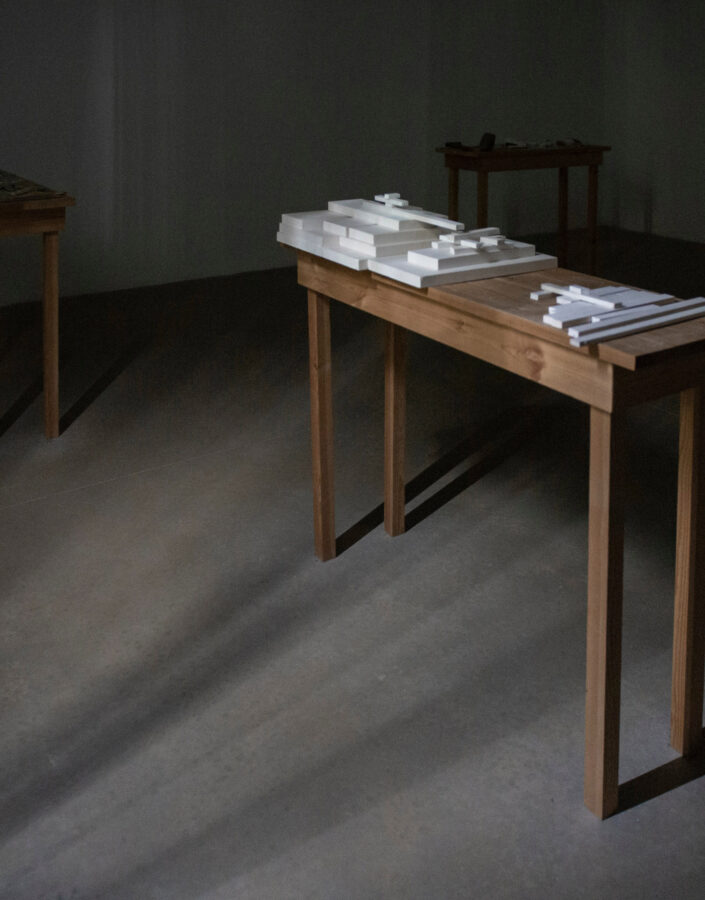 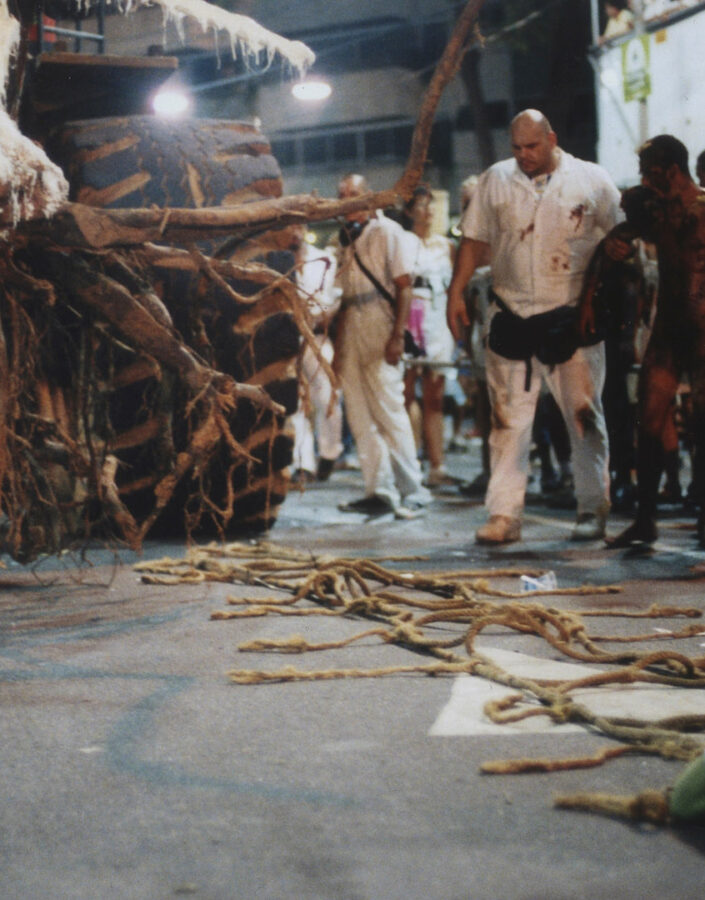