Instituto Inhotim, like all museum institutions, has the duty to reflect and act upon the issues of its time. As part of an ongoing process initiated in the past few years, the institution has been establishing dialogues and actions to broaden diversity in its collection and programming.

This press release reflects our official position in regard to the recent events involving the exhibition Quilombo: vida, problemas e aspirações do negro (Quilombo: Life, Problems and Aspirations of Black People). After a long, complex and cross-sectional conversation, and seeking to conciliate the different viewpoints involved, Inhotim has decided to honor the artist’s request to remove the work, Untitled from the series “Novo Poder” (“New Power”) (2021), by Maxwell Alexandre, from the exhibition. All the artists in the exhibition have been informed of the removal of the piece, as well as of the ensuing steps to be taken in this regard. The timeline for the removal of the work will extend for the next few days, according to Inhotim’s Conservation department. Therefore, as of Wednesday, December 7, 2022, the work will no longer be on display in the exhibition at Galeria Lago.

As part of a process of building institutional practices that are responsive to the needs of the artists, we have invited the artists who are part of the exhibition Quilombo: Life, Problems and Aspirations of Black People to attend a meeting at Inhotim in 2023, in order to listen to their critiques, desires and ideas, with the aim of producing a set of recommendations for the improvement of our institutional practices.

Beyond the issues raised in recent weeks on social media, we believe it is important to make public some contextual considerations about the organization of the exhibition and the overall programming for 2021-2023.

About the curatorial process

With the acquisition of a significant number of works by Black artists in the last two years, Inhotim has opened, albeit belatedly, a space of research and reflection around the issues raised by these works. These acquisitions now constitute a significant part of the collection and, hence, demand a shift in the narratives that the institution builds around its collection. This process began gradually in 2021 when, simultaneously, in an unprecedented initiative in its 15-year history, Inhotim initiated a partnership with Ipeafro to house its art collection and archive during two years of exhibitions and programs on the life, work, and multiple legacies of its founder, Abdias Nascimento.

In regard to the aforementioned acquisitions for the collection, these include works by artists such as Rosana Paulino, Arjan Martins, Panmela Castro, Antonio Obá, as well as the untitled work by Maxwell Alexandre from the series “Novo Poder” (New Power, 2021). Acquired by Bernardo Paz through the artist’s gallery, A Gentil Carioca, in December 2021, and on long-term loan to Inhotim, the work was exhibited for the first time as part of the exhibition Quilombo: Life, Problems and Apirations of Black People, which opened on November 19, 2022, at Galeria Lago. The title of the exhibition is a direct reference to the newspaper Quilombo: vida, problemas e aspirações do negro (Quilombo: Life, Problems and Aspirations of Black People), published by the Teatro Experimental do Negro (Black Experimental Theater), under the leadership of Abdias Nascimento; it ran between 1948 and 1950. In its ten issues, it published a series of texts and articles written by Black intellectuals, artists and professionals. The newspaper consolidated itself as a vehicle for social transformation, that brought together the hopes, aspirations and projects for the future of Black thinkers, activists and cultural producers.

The exhibition Quilombo: Life, Problems and Aspirations of Black People was conceived during this year, with the intention of showcasing these recent acquisitions in dialogue with the research on Abdias Nascimento.  In August this year, as soon as the curatorial narrative of the exhibition had been defined and the gallery space became available, all of the participating artists, including Maxwell Alexandre, were officially communicated by email and invited to the opening.

These artists represent a collective force and a new artistic avant-garde that is changing the institutional and museological landscape in Brazil. A collectivity that sustains itself through networks of collaboration and exchange, as well as by providing a very necessary critical perspective on issues of race, gender and representation. These works, however, are not limited only to these themes. In their varied and heterogeneous individual artistic explorations, they weave a complex fabric of images and ideas, that the exhibition aims to represent.

The agreement signed with Ipeafro for the program titled Abdias Nascimento e o Museu de Arte Negra (Abdias Nascimento and the Black Art Museum), which began in 2021 and will extend through 2023, comprises the production of four exhibitions based on their collection and archives at Galeria Mata. These have been conceived and co-organized with Ipeafro, constituting an unprecedented collaboration in the history of Inhotim. In addition to the exhibitions produced within the framework of this partnership, the artistic director together with the curatorial team, developed an agenda to progressively occupy the temporary galleries at Inhotim with exhibitions that establish a dialogue between Inhotim’s recent incorporations to the collection and the legacies of Abdias Nascimento on various fronts.

As part of this gradual occupation of the temporary galleries as well as outdoor spaces, and in addition to the exhibitions that opened on November 19, the exhibitions and works devoted to this program currently on view at Inhotim include: a solo show by artist Isaac Julien, with the installation of Looking for Langston (1989), that features the film directed by Julien as part of the film collective Sankofa in the 1980s; the work Instalação de Birutas (Windsocks Installation) (2021), by Arjan Martins, which was acquired for the collection and installed at Inhotim; in May 2022, artist Jaime Lauriano was invited to conceive of a project for our library space, a space for encounter, exchange and the dissemination of Afrocentric epistemologies and critical theory. Prior to that, in 2019, the Institute had commissioned an installation from artist Rommulo Vieira Conceição, O espaço físico pode ser um lugar abstrato, complexo e em construção (Physical Space Can Be an Abstract, Complex and Under Construction Place), which has been on display in the gardens since 2021.

Regarding the construction of permanent galleries and pavilions devoted to artists of African descent, these are processes that are developed in the long term, and require extensive financial resources, time and planning. However, for the past year, Inhotim has been establishing close dialogues with Brazilian and international artists whose practices are contributing significantly to contemporary art in its various discursive fronts.

In its commitment to give continuity to its efforts to build an institution that is responsive to the urgencies of its time, not only through discourse, but also through its actions, Inhotim will continue throughout this year to reflect and research around the work and thought of Abdias Nascimento, aligning its forthcoming programs and acquisitions to the important social and discursive transformations he helped bring about. Inhotim is working towards a more significant presence of Black artists in its future programs, exhibitions and galleries, to broadening diversity in decision-making positions, to devoting efforts to the education of staff, and to the exhibition of new acquisitions in a curatorial program that stimulates debate, as well as to the circulation of these works through loans to other artistic institutions in Brazil and the world.

The force of collective agency was central to the struggles undertaken by Abdias Nascimento on several fronts. The Black Experimental Theater, the Black Art Museum, and the newspaper Quilombo: Life, Problems and Aspirations of Black People, are all the product of a collective undertaking, much like the new Brazilian avant-garde featured in this exhibition that renders homage to the spirit of its namesake publication, and that approaches, from different perspectives, the accomplishments as well as the challenges that are still to come. 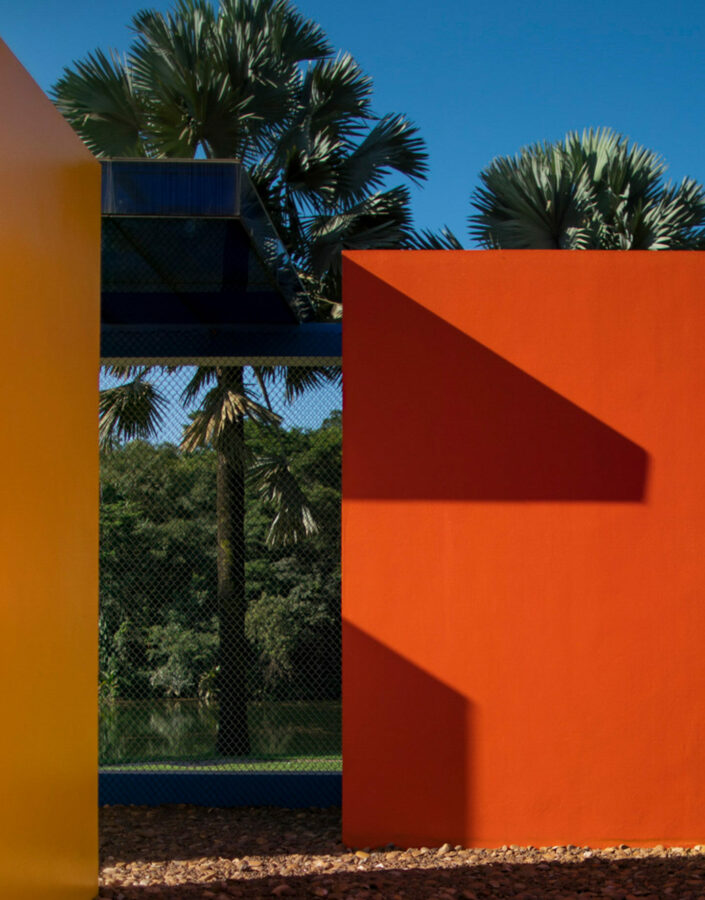 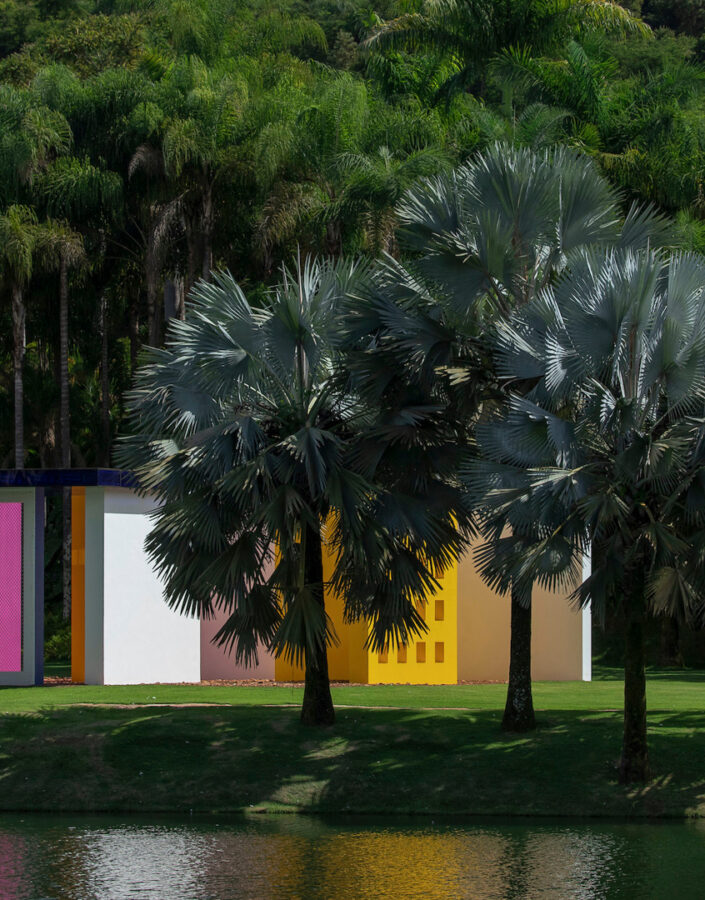 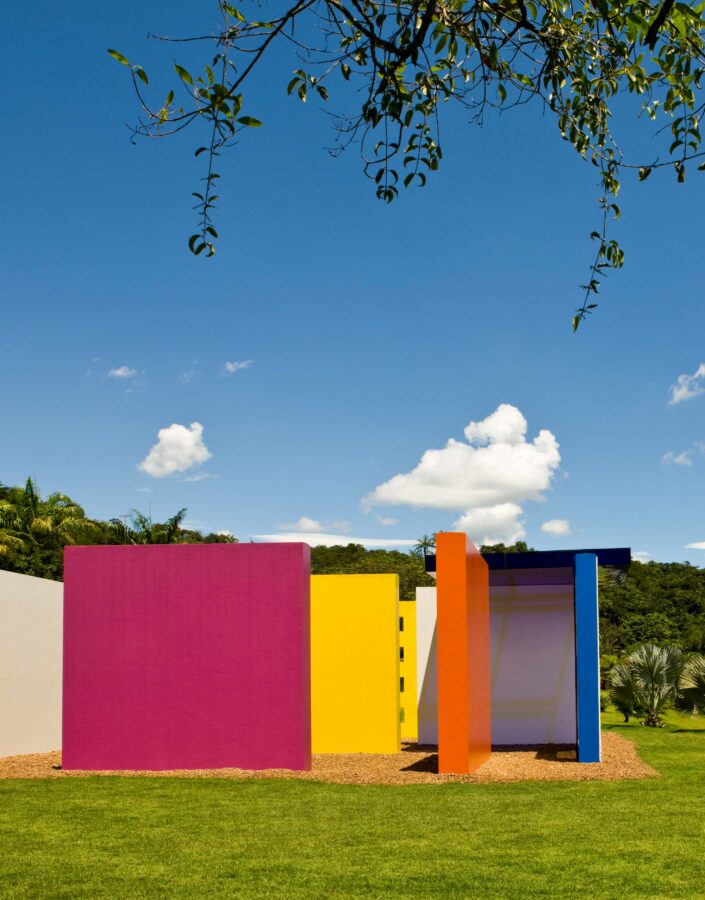 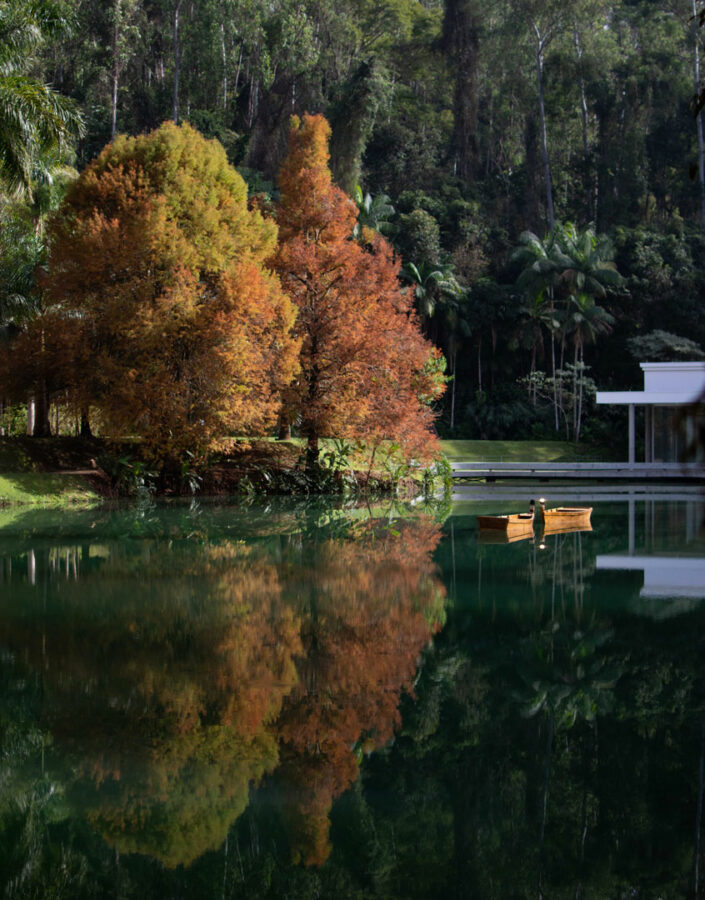 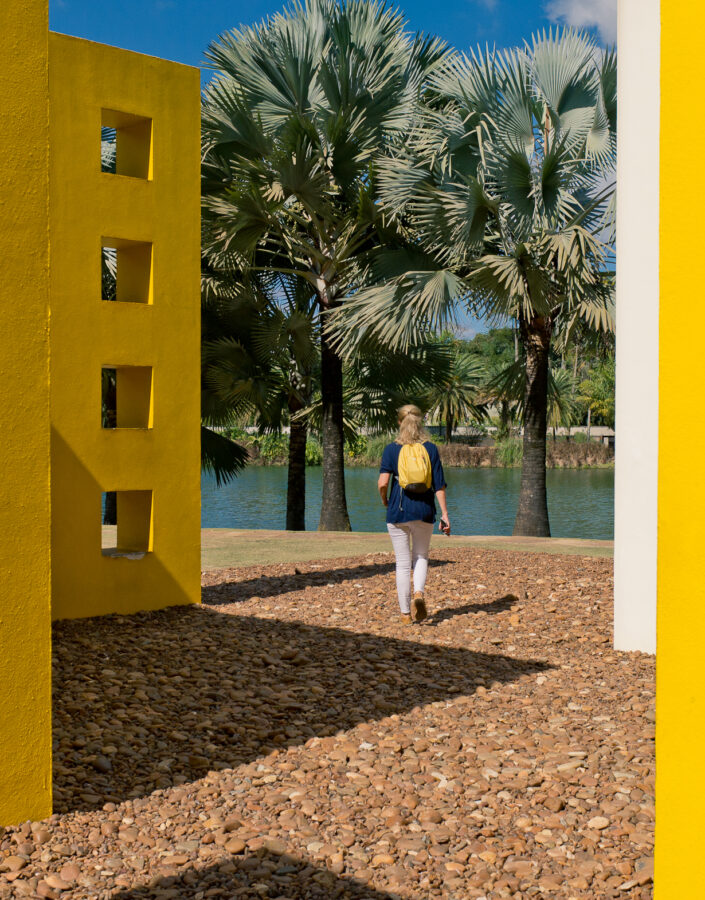 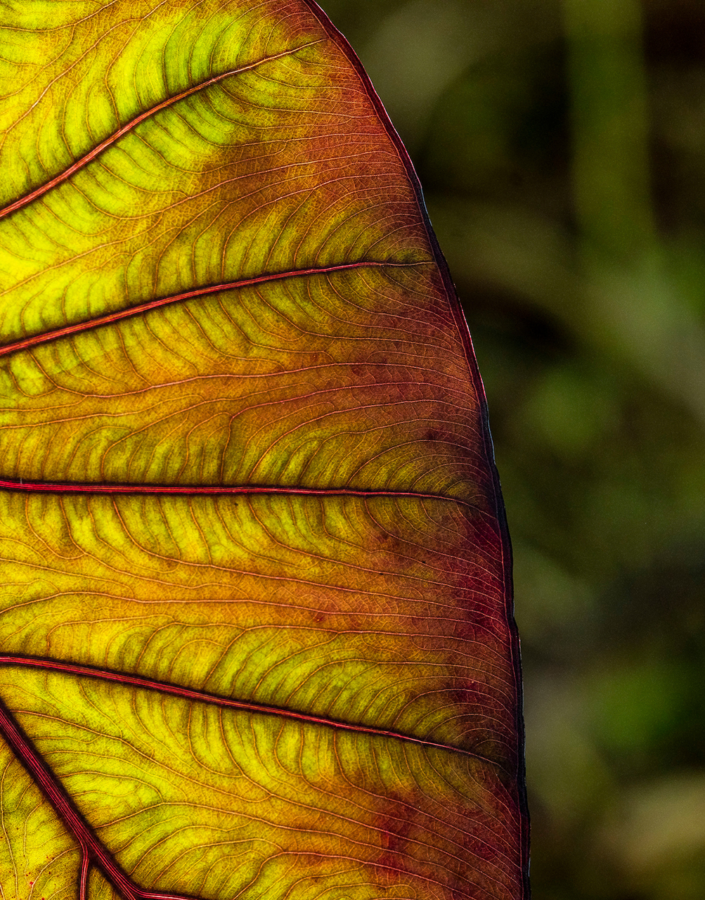 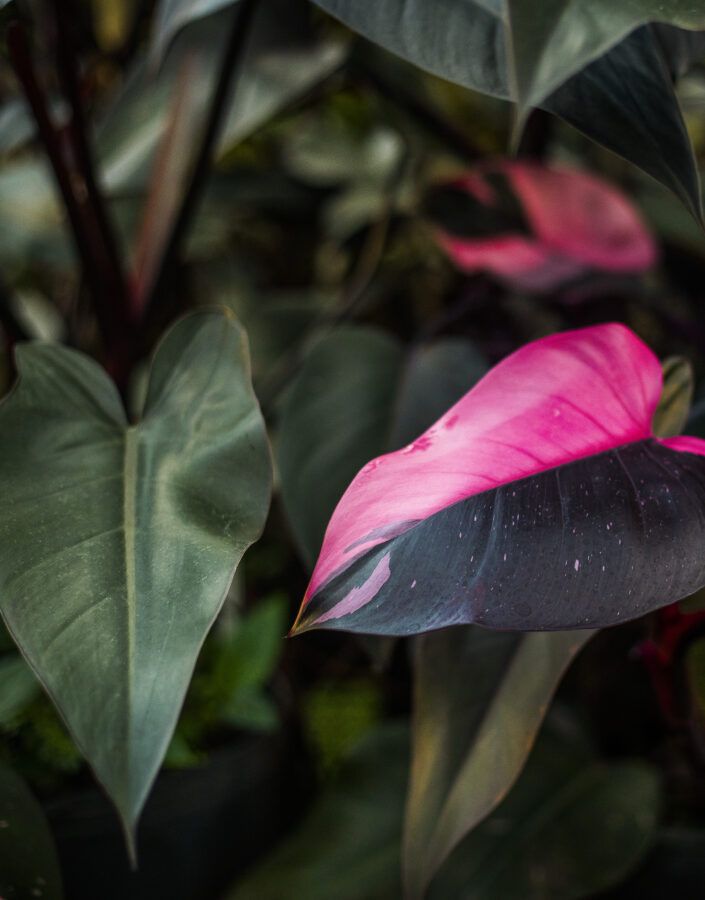